Hi guys, in this post I’m going to be talking about some of the common mistakes that people make when they’re trying to get their ex back.

Now, after a breakup, you need to understand that you’re in an emotionally damaged state and that means you’re not in the frame of mind to make rational decisions.

A lot of people end up doing what they think, at the time, is right, but it turns out to be a very irrational decision. You need to avoid doing that or else you’ll end up pushing your ex further away.

Some of the more common mistakes …

#1 One of the first ones when getting your ex back that you definitely do not want to do and if you’ve already done it, don’t worry, but don’t do it again.

You need to build natural, organic attraction between you and your ex. You can’t just convince them. It’s not going to work, so no begging or pleading.

#2 The second thing you don’t want to do is to get angry or try and get revenge on your ex.

Yes, I understand, you may have been extremely hurt, especially if you didn’t see the breakup coming.

You definitely do not want to get angry or try and get revenge or anything along those lines, no conflict at all if you want to get your ex back.

#3 Third thing you do not want to do, and this is very counter-intuitive, a mistake a lot of people make, and that’s saying things like, “I miss you,” or, “I love you.”

Now, those may be perfectly true and that’s fine, but you don’t, at this point, want to be saying them to your ex.

#4 Another mistake you definitely do not want to be making is publicly showing heartbreak or loneliness or desperation or any kind of negative, emotional outbursts in public.

You don’t want your ex, for certain, to know that you’re feeling upset about the breakup and that you’re in an emotionally damaged state.

You want them to think you’re fine, you’re moving on, everything’s okay.

Try not to show your emotions publicly around others, especially your ex.

#5 Finally, one of the most common ones, and this is one that a lot of people don’t know about.

They think that it’s probably a good idea and it does seem like a good idea at first, and that’s being friends with your ex.

A lot of the time, your ex will ask you after the breakup. They’ll say, “I want to stay friends. We should just continue to be friends.”

If you want your ex back then you do NOT want to be friends! You want to get back together as a couple.

You definitely don’t want to be friends with your ex if you want them back. It’s not going to build an attraction.

You’re just going to end up being your ex’s emotional dumping ground, so definitely don’t be friends with your ex if you want them back.

There’s actually a lot of other common mistakes that people make and I can’t cover them all in this post, but if you do want to know about some of the other mistakes and make sure you avoid making those mistakes, head over to our website, The Ex Factor Guide and watch the video there, it’s a free video, I’ll explain some of the other common mistakes and give you some other advice.
That’s it for now, guys. Thanks for reading ! 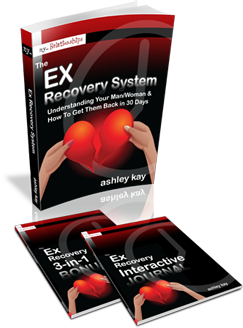